Father Ken Budzikowski was born in Chicago in 1954, the son of the late Chester and Eleanor Budzikowski. He arrived a few years after his sister, Christine. He attended St. Roman School (23rd and Washtenaw) from 1st through 5th grade. His family moved to Garfield Ridge in 1964, where he finished his grade school at St. Camillus, graduating in 1968. He attended Quigley South Seminary, graduating in 1972, and Niles College Seminary of Loyola graduating in 1976, where he majored in Spanish. The following Fall he entered St. Mary of the Lake Seminary in Mundelein and completed his studies upon ordination by John Cardinal Cody on May 14, 1980.

A lifelong White Sox fan, Fr. Ken enjoys rooting for our other Chicago teams, except the Cubs. He has travelled a bit but enjoys road trips the most -jumping in his car and heading west. For relaxation, he enjoys listening to music and playing guitar. For a quick break, he visits his sister Christine and brother-in-law Ken in Green Bay. And no, they are not Packer fans! 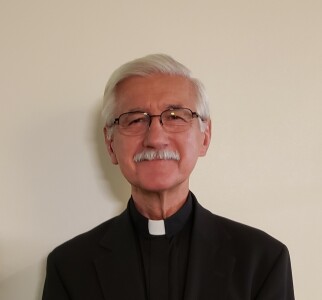